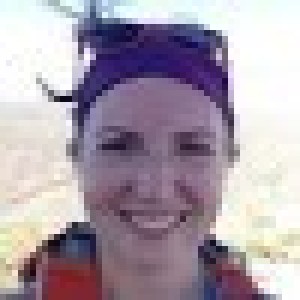 “Don’t worry, it’ll be grand!” Is a phrase I have heard often since arriving here in Ireland. One of my first encounters with this sentiment was during my first couple weeks on campus, as I was trying to figure out my class schedule and timetable. Back at home I am used to figuring out my next semesters schedule months in advance and being expected to show up to the first day of class ready to hit the ground running. This, however, is not how the Irish, or at least IT Carlow, does it. I received my course list at the end of orientation week, and sometime early the following week (classes started that Wednesday) we got our timetables. This felt like we were cutting things a bit close, but so far so good. I met my fellow second year classmates, we went to our first few classes, and then I slowly began to realize that the timetable we had been given was not set in stone. Every week, for the first three or four weeks, something changed in our timetable. This drove me bananas, but I was assured that this was completely normal, that it always takes a few weeks for things to settle down. I learned pretty quickly to just roll with it, not stress out about it, and when in doubt head to the canteen to find my classmates and we would figure it out together. Now we have a set schedule and the semester is rolling along just fine. So, as I was told from the beginning, it’ll be grand!

Another difference I noticed very quickly is that there are no assigned textbooks here. Which is grand because it saves you a bit of money, but it has forced me to adapt my study habits. In lieu of assigned texts, most of the lecturers do provide extensive notes. There are also plenty of suggested readings and other available resources. The campus library keeps a healthy stock of textbooks on every subject as well as scholarly journals and other resources, all free to students. Rather than simply relying on one assigned textbook, I have learned to be more self-directed in my learning. If I want to review the material covered in lecture in more detail, or have it explained in a different way, I have to seek out and choose my own books and on-line resources. Now that I am more familiar with the library here and what they have to offer, it is quite rewarding to know that I have so much control over my learning and that I can adapt to new situations. I feel like this is a skill that will serve me well as I continue with my studies and into professional life.