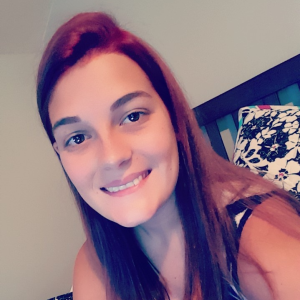 In just the first two weeks of working on this internship, I have learned so much about the archaeological field. Archaeology takes a lot of patience and physicality, which I was not prepared for. The company I am involved with does contract archaeology, meaning they are hired to perform archaeological services by companies. They preserve the heritage of Ireland.

Last Friday, we were called out to a site in Dundalk, Ireland where construction was taking place. We were on site for eight hours and performed a few tasks. My boss and I had to watch the construction workers dig trenches to see if any archaeological evidence was present. After two hours of watching a trench be dug, we spotted some evidence in the soil. Then, the fun began!

I had to use a trowel to pull apart small layers of soil, then get on my hands and knees to dig through the soil to find small particles. We found a lot of animal bone, a shoe, and pottery from the Medieval times. Evidence of a pit was discovered, most likely a fire pit, with charred bone. I got to apply my knowledge of soil stratigraphy to determine how old the evidence was. I was bending over and digging nonstop for two hours. Apparently, claw hand is common after digging all day if someone is not used to it. It is when you wake up with your hand in a claw shape because the muscles are so tense. It goes away in a few minutes. I luckily never woke up with it, but on days when I do more digging, I just might.

After this, we had to wash the evidence and determine who it should be sent to for analysis. The washing process includes scrubbing the material with a toothbrush until all the soil and unnecessary particles were gone and the material itself could be analyzed. We had discovered so many objects, I never got to wash them all before leaving!

I learned how to spend my free time efficiently and how to make the best of the times when I am stuck watching construction workers dig or washing evidence with a toothbrush. I have really opened up a lot by being surrounded by individuals who share similar interests. I make the time pass by getting to know the people I am working with. Not just the archaeologists but the construction workers as well. Everyone has been very welcoming and I am excited to get to know them more.